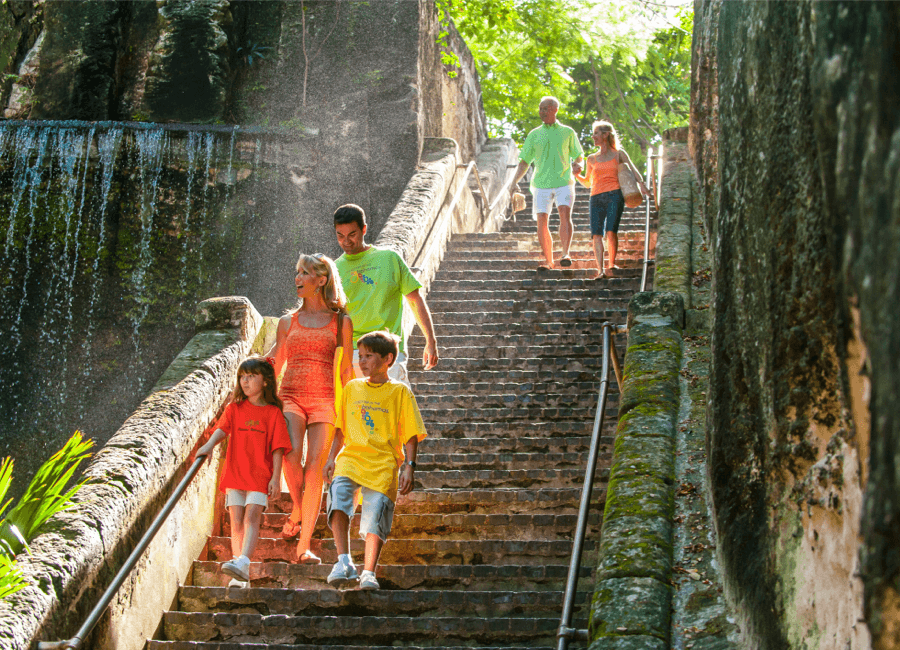 From bloody battles to Blackbeard: discover the fascinating pirate history of Nassau

Today, the idyllic shores of Nassau Paradise Island attract holidaymakers looking to relax and unwind in the sunshine. However, if you could turn the clock back a few hundred years, it’d be a very different story. Instead of a laid-back Caribbean haven, you’d find a lively island that played host to many colourful characters during some rather turbulent times.

Indeed, Nassau’s crystal-clear, shallow waters and close proximity to major shipping routes made it a prime spot for pirates, rum runners, and other seafaring criminals hoping to conduct their business. Here’s a look at some of the thrilling tales that helped shape The Bahamas’ history…

A History of Nassau’s Pirates: The Golden Age

Henry Avery –
The Golden Age of Piracy is thought to have spanned nearly a century, from 1650 to the late 1720s. But, for the pirates of Nassau, the Golden Age was at its peak around the 18th century. It’s believed to have started with Henry Avery, a famous pirate who looted close to $100,000 in riches, having seized many ships in the Indian Ocean. So bloody were the battles between Avery’s boat the Fancy and merchant ships, that he rocketed to the top of arrest lists across the globe. He sought refuge in Nassau in 1696, but word soon spread that the East India Trading Company had tracked him down. Once warned, Avery fled and was never seen or heard from again. It was this legacy that later sparked a generation of pirates and encouraged piracy to reach dizzying heights in The Bahamas.

Benjamin Hornigold –
Among the next generation of swashbucklers was Benjamin Hornigold. Little is known about Hornigold’s early years, but he was believed to have stationed himself in the protected harbours of Nassau in 1713. Here, he preyed upon Spanish merchant ships, quickly gaining notoriety – and fortune. In fact, it was Hornigold who declared Nassau as a Pirate’s Republic. By this time, there were just 100 locals in the port town, while roughly 1,000 pirates dominated its shores and surrounding cays. Nobody knows for sure where Hornigold was from, but it’s said his heavily armed ship The Ranger, was never reported to have attacked a single ship flying the British flag.

Edward Teach –
Hornigold was just one of many pirates inspired by the stories of Avery. Tales of his success at sea and mysterious disappearance went on to inspire the minds of fortune-hungry young men all over the world, including a young British man named Edward Teach. Enraptured by Avery’s adventures, he headed to Nassau in 1716 and joined Hornigold’s pirate crew. Impressed by Teach’s ability, Hornigold made him commander of one of his ships and together they amassed a pirate fleet of more than 400, led by the 40-gun frigate under Teach’s command – Queen Anne’s Revenge. It was during this time that Teach cemented his legacy as one of the most infamous pirates ever and became better known as Blackbeard.

The End of the Golden Age

By 1717, Hornigold and Blackbeard’s pirate fleet well and truly ruled the waters of the Caribbean, wreaking havoc on cargo ships and amassing a fortune beyond their wildest dreams – but little did they know this would soon come to an end. On 5 September 1717, Kind George I issued the ‘Proclamation for Supressing Pirates’ – the King’s Pardon. So keen was he to end the pirates’ Caribbean reign, that the British Crown was willing to grant clemency to any pirate who surrendered themselves to a governor of the colonies by 5 September 1718.

It was an attractive offer to hundreds of pirates who believed they would be criminals and fugitives until their dying day. Being offered the chance to return to society was too good an opportunity for many to pass up, and even Hornigold accepted the King’s Pardon, spending his final years hunting pirates on behalf of Britain. On 6 January 1718, British captain Woodes Rogers was named Captain General and Governor in Chief of Nassau, effectively ending its period as a Pirate Republic. With many pirates accepting the King’s Pardon, Rogers was able to rebuild Nassau’s forts and restore order to the town.

Of course, not all pirates were willing to give up their lifestyle quite so easily, including Blackbeard, who fought to keep his hold on the island. Despite his best efforts, he met his doom in North Carolina that same year. While engaging in a fierce battle aboard the ship of Lieutenant Robert Maynard – who’d hidden his men below deck before being boarded by Blackbeard and his band – he was struck by at least five gunshots and stabbed no less than 20 times. The most famous pirate in the Atlantic was now dead and ‘Calico Jack’ Rackham and Charles Vane, two of the other most feared pirates at sea, would soon meet their own violent ends, both captured and executed within the next two years.

Immerse yourself in pirate history

Nassau Paradise Island is still teeming with hints of the piracy that ruled The Bahamas’ seas and shores. From ancient shipwrecks and historic forts to statues commemorating the great men of the day, you can sail back in time to the Golden Age with a pirate-themed holiday that’s filled with fun for the whole family. There’s even the Pirates of Nassau Museum, where you can immerse yourself in a pirate’s life at the turn of the 18th century. 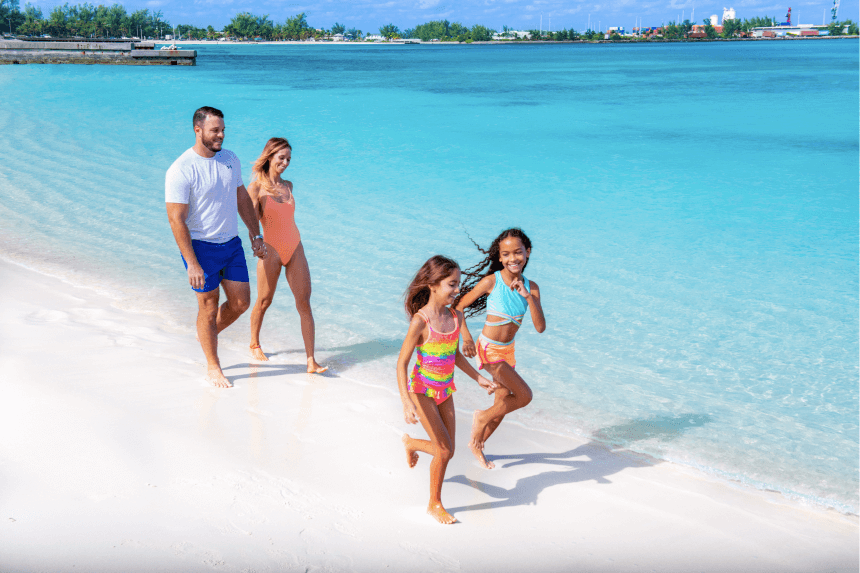 When you think of The Bahamas, you wouldn’t be wrong to conjure up images of luxury resorts such as The Ocean Club- A Four Seasons Resort, or the stunning Rosewood at Baha Mar, but Nassau Paradise Island has a great range of accommodation to suit different budgets and tastes. In the heart of Nassau, you’ll find the newly opened Margaritaville Beach Resort, a fun resort for all ages, complete with mini-water park and incredible views of the cruise harbour. At Comfort Suites Paradise Island, you’ll find affordable comfort combined with unlimited access to Aquaventure and all the other attractions at Atlantis Paradise Island. At the charming Bay View Suites self-catering villas and townhouses provide a comfortable base for the more independent traveller.

Tempted to start planning your Nassau getaway? You’ll be glad to know that getting there just got even easier. Virgin Atlantic has added a direct service from London Heathrow twice a week, departing on Wednesdays and Saturdays. Plus, British Airways flies direct from Heathrow to Nassau six times a week*. So, what are you waiting for?

*These are the winter schedules valid until 31 March. For summer, Virgin Atlantic moves to Mondays & Fridays, whilst British Airways reduces to four flights per week.