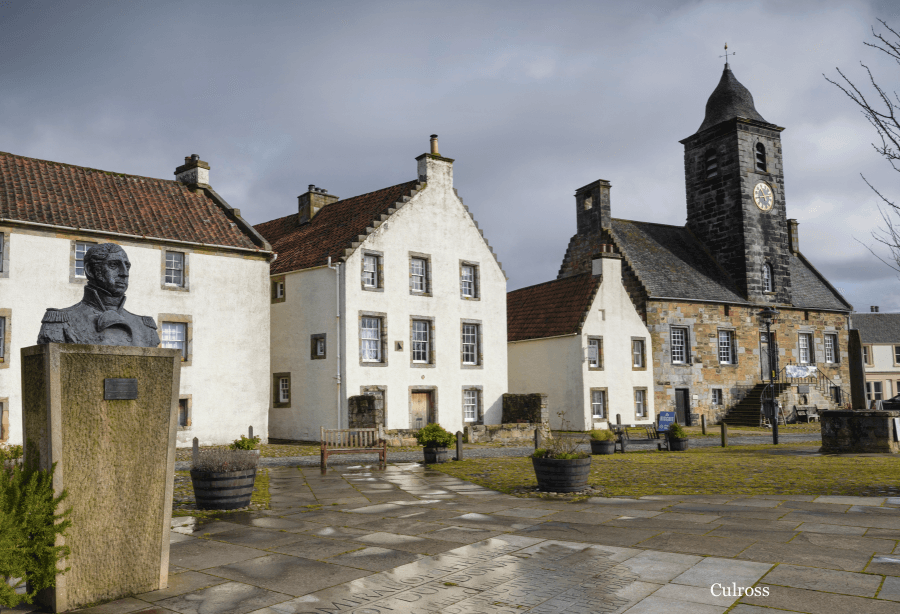 Five hidden historical gems in the Scottish region of Fife

If the past two years have taught us to indulge our wanderlust on our own doorsteps, then in the Scottish Kingdom of Fife, you’ll discover many a good reason to make it a lifetime habit.

Tourists may flock to the coastal region of East Neuk during the summer months, but beyond that, the region is dotted with varied and distinguished historical landmarks that lift the lid on Scotland’s unique heritage. And, as you’d expect in Scotland, these impressive structures and monuments are all surrounded by breath-taking landscapes.

So, want to get outside and interact with Scotland’s stunning surroundings this summer? Take a look at some of the unmissable historical experiences you could enjoy in Fife*. 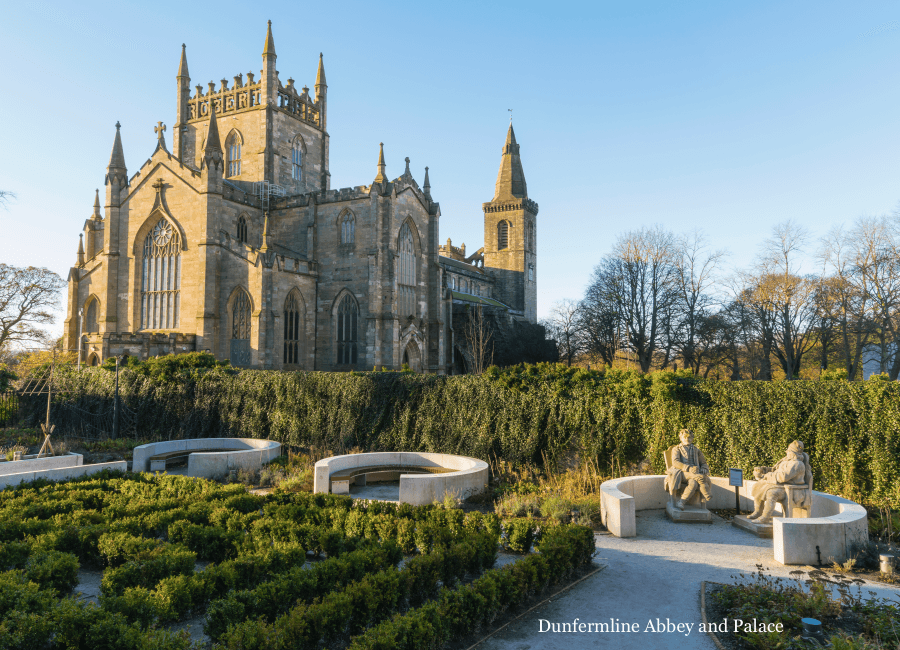 This glorious abbey church, which reopens this spring, is the final resting place of some of Scotland’s most celebrated medieval monarchs, not least that of Robert the Bruce. Founded as a priory, Dunfermline was made an abbey by David I and later became a royal mausoleum.

Following the Protestant Reformation of 1560, Queen Anne of Denmark created an imposing palace with the monastic guesthouse at its heart. It also holds the distinction of being the birthplace of Charles I in 1600 – the last monarch to be born in Scotland. Highlights include the impressive Romanesque architecture of the Nave, as well as the towering monks’ refectory. 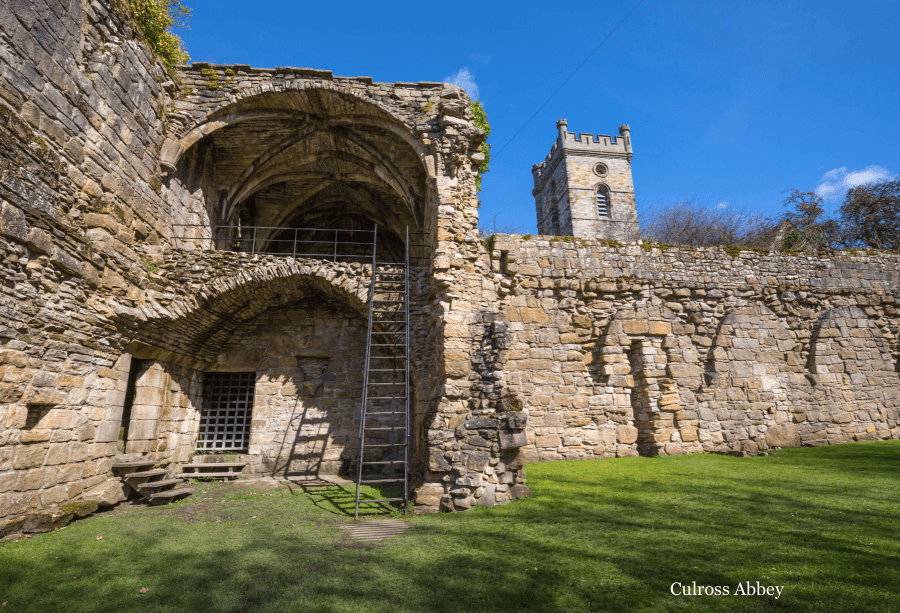 If you want to combine multiple historic sites with a hike that puts you at the centre of some of Scotland’s greatest natural landscapes, plot yourself a route along the Fife Pilgrim Way. The Culross to Dunfermline section offers some particularly rich experiences. Culross Abbey and St Mungo’s Chapel were popular stop-off points for pilgrims making their way across Fife towards St Andrews. King James IV was recorded as leaving an offering at the remains of St Serf in Culross in 1511. Both sites can still be visited today, so why not strap on your hiking boots and create your own walking tour? 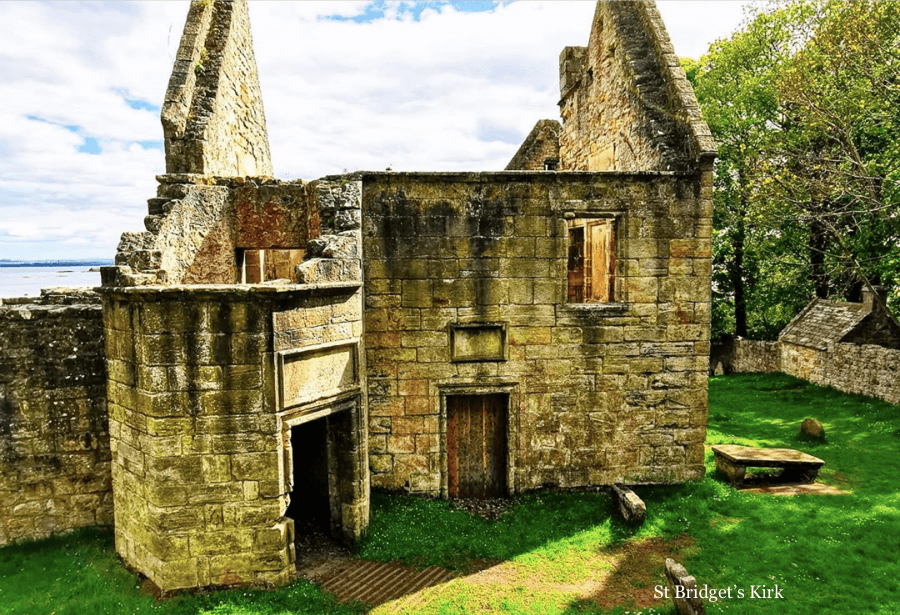 These stirring ruins find themselves in an unexpected oasis of calm by the coast, and the history they represent is fascinating. St Bridget’s Kirk was built in the 1100s to serve as the parish church of Dalgety. Worship was arranged by the Augustinian Canons of Inchcolm Abbey. The church remained in use after the Protestant Reformation in 1560, though it was significantly altered for Protestant worship. Though admission is not currently possible, it is just as affecting from the outside, and if you look hard enough though, the rectangular outline of the original medieval church can still be traced among later additions today. 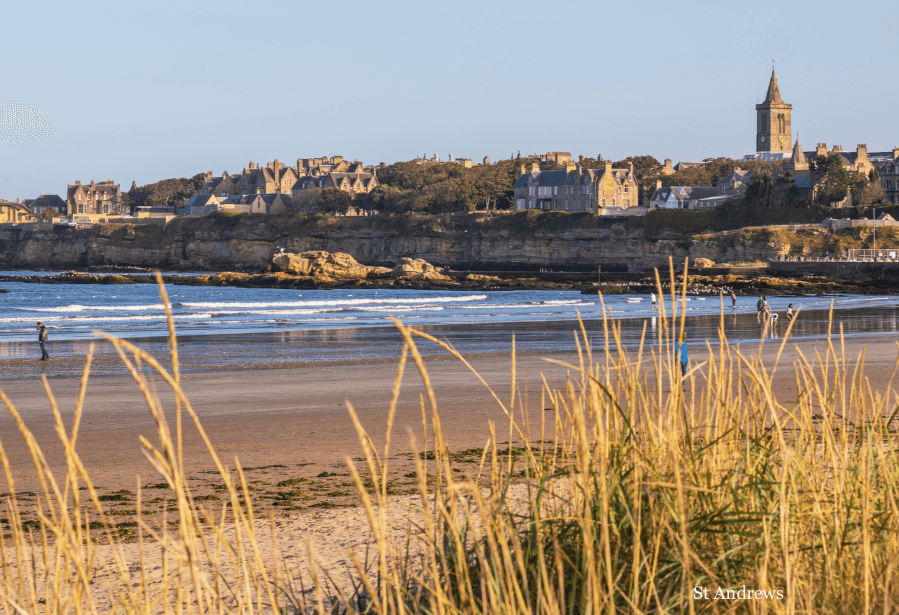 In celebrated St Andrews, not far from the cathedral and cemetery, you can explore the cliffside site of the earliest collegiate church in Scotland, set against a magnificent coastal backdrop. St Mary’s Church was built in 1123 as a permanent home for the Culdees, an ancient order of Celtic monks who rejected the new monastic orders of the Middle Ages. In 1249, the Culdees became the first college of secular priests in Scotland. The college thrived for more than 300 years, until the Protestant Reformation of 1560. Today, only low footings remain of the building. The finest masonry is found in the eastern part, where the base of the high altar is still visible. 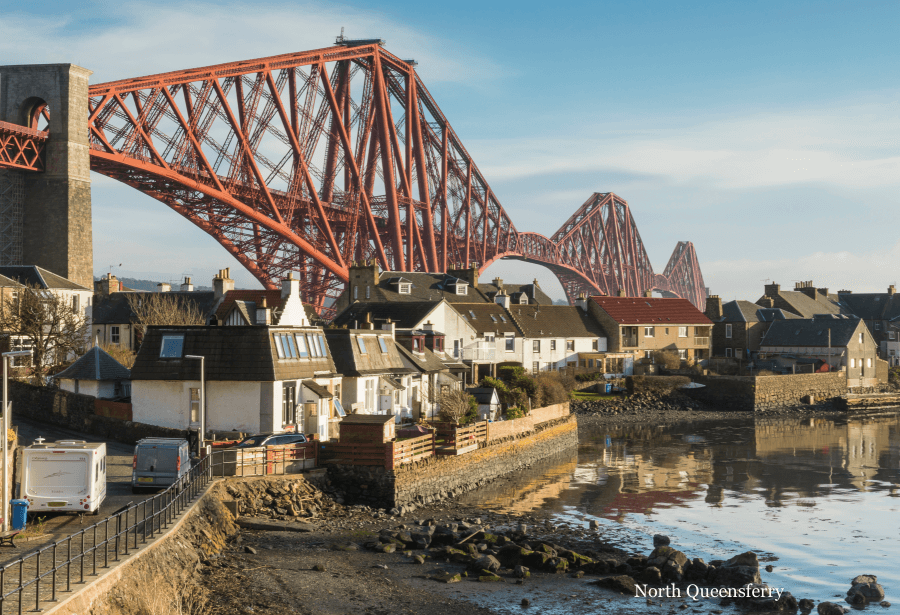 The village of North Queensferry lets you combine magnificent views of the Firth of Forth and iconic UNESCO World Heritage Site the Forth Bridge with intriguing and obscure snapshots of history. On North Queensferry Railway Pier, you’ll find the Light Tower – the smallest one in the world of its kind still in use. Until the opening of the Forth Road Bridge in 1964, the adjacent Town Pier was the main port for ferries crossing the Forth, and is a moving reminder of Scotland’s industrial past. Meanwhile, in nearby Inverkeithing lies the Hospitium of the Grey Friars. This hospitium is the best surviving example of a friary building left in Scotland. Look out for the stone vaults in the garden, which were likely used as storage cellars.

Want a break that leaves you feeling historically enriched?